A significant change in my circumstances recently presented the need to buy a second car. I already owned a reasonably economical car, that being a Volvo C30 DriveE 1.6 Diesel. Not bad eco credentials with low CO2 emissions, stop/start engine and all that.

So I was initially prepared and budgeted to buy another diesel, second hand, to take care of my daily commute to work, a 40 mile round trip. After a bit of autotrader surfing and hunting I was a bit dismayed by the second hand car market and decided to rethink my approach.

Thinking back to our Honeymoon in Japan, I remembered the large number of electric vehicles buzzing around Tokyo and noticing what a nicer environment it was, so I decided to look further into getting an EV. Partly helped along to way by Robert Llewellyn, a champion of such things, I decided to go for the 100% electric Nissan Leaf.


Obviously, I've met a few raised eyebrows. Let me assure you that this is an excellent car and I am in no doubt EVs are the future of motoring. Just a few points to drop the haters into the idiot bin:

Luckily, most people I associate with are very like minded and have shown a real interest, so I wanted to get some of my thoughts on the car on here. Mainly to respond to the questions people have asked me.


Performance
I've had a couple of fools next to me on the line at the lights. It's normally BMW drivers that tend to rev up. Every one so far has disappeared into my rear view mirror never to be seen. 0-60 in 7sec is comparable to most two-seater sports cars. Plus, the Leaf launches from the line in near silence. Anyone who has been in my Leaf so far has been thoroughly impressed with the take up. The high torque of the electric motor doesn't appear to be affected by heavy loads either.

Charging
An 8kW charging point was fitted to the front of my house provided free of charge, thanks to a government subsidy. Wired directly to my consumer unit on a dedicated circuit, the unit is capable of fully charging the Leaf in 4 hours. It is recommended to charge the batteries to 80% to prolong battery life which the built in charge timer enables very easily. A full charge has so far given me a range of just over 100 miles.

There are various charging points all over the UK and new ones popping up all the time. I haven't had to need to use one yet, as my 40 mile round trip to work is well within the range of a single 80% charge. I've not embarked on a longer journey as yet but certainly plan to in the near future.

The Leaf also comes with a cable for charging from a domestic 3 pin plug stored nicely in the boot. This is probably the slowest way to charge (8 hours to a full battery).

Practicality
As this blog is all about being green in the real world it is worth mentioning that the Leaf is still a functional family car with five doors and a massive boot for shopping, prams etc.
Greener?
You can't get greener. Some idiots believe that electric cars are not actually greener because the manufacturing process uses more CO2 than that for petrol/diesels. This may be the case but once the Leaf is built, that's it. A petrol car continues to produce CO2 for it's whole life, not only from what it burns but through the supply chain of getting fuel into your car. Pumping up the oil, moving it to a refinery, moving the fuel to a petrol station. Then you pay over the odds, due to massive fuel taxes.

The Leaf uses electricity which needs to be generated by a power station, but the energy generated for the national grid uses increasingly greener methods all the time. Wind farms, hydro etc plus the efficiency of converting fossil fuel to energy is far higher in a power station than a car engine.

On top of all this, the Nissan Leaf is manufactured in the UK so a smaller carbon footprint. Here's a good blog post from Robert Llewellyn that nails it.

Battery Life
The Lithium Ion batteries used by the Leaf do have a life, i.e. they will die some day (a bit like a clutch or a gearbox really). Although this is a concern for EV owners I still haven't actually heard of it happening and owners are now getting over 50k miles without any battery issues. However, Nissan have the option of leasing the battery for about £70 a month. So if it 'dies' you can just swap it out.

I am leasing the whole car for three years, so I won't have to worry as everything is covered by the warranty during this period and then I'll either give it back or get a new one. Currently the car costs £250 a month. This is about the same I would have paid for diesel every month, so it really makes no odds to me financially, in fact it's nearly a free car.

Disadvantages
Not many to be honest but it is a different approach to motoring. It's best not to compare an EV to your gas car, more an alternative solution to getting around, like your pushbike. Just because you can't do 60mph on your bicycle doesn't mean you're not going to buy one, does it?

The range is the obvious one. So far I have achieved a range of 101 miles on a single charge. So if you want to go further you'll need to stop at a charging point for half an hour or more (time for a coffee). The amount of charging points in the UK is limited but they increasing all the time. Apparently most car owners don't do more than 50 miles in one trip anyway. Most people I know who own a car only use it for shopping or commuting. I will still have my other car for those longer journeys.

It's needs charge to go. If I've been out for the day in the Leaf it will need time to recharge, so an emergency journey is not possible if the battery is low. Again, keeping the Volvo for that one.

You need a driveway or garage to charge it. There's no way you will get away with trailing the charging lead over a footpath if you only have on-street parking at home. That's a trip hazard and legal claim waiting to happen. The only way around this would be more public rapid charging points, in time....


I'll update the blog as and when I encounter issues with the Leaf, along with how I get on with the public charging points. I'll also let you know how it goes when I am brave enough to embark on a journey exceeding the range.

For now, I am feeling pretty positive about my choice of motor and will continue to enjoy beating boy racers off the line in my silent rocket. 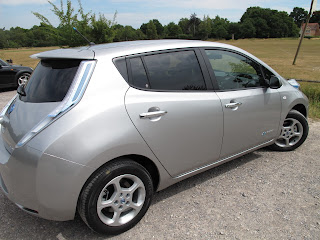 Being green in the real world.

A famous frog once said "It isn't easy being green".
The philosopher Kermit wasn't referring to the current eco-trendy fashion movement, but was in no doubt that such wise words would resonate with generations to follow.
Being green in current times is easier than ever, but not without it's challenges. Only idiots argue that climate change is not happening and humans are not actively harming our planet. Just 15 minutes locked in your garage with the car engine running should be evidence enough, but still they remain unconvinced that the billions of cars spewing the same gasses that kill a human in minutes across the world is fine and groovy.
It aint fine and groovy. So rather than doing nothing like these idiots I plan to do something. It won't be world saving stuff but it may inspire you to do the same, which may inspire someone else and so on and so forth.
This blog will document my efforts towards living a greener, more eco friendly life. A normal life in which I work full time, earn an average wage and soon become a Dad.
Next post I'll talk more about my new car. A 100% electric Nissan Leaf
It's awesome... 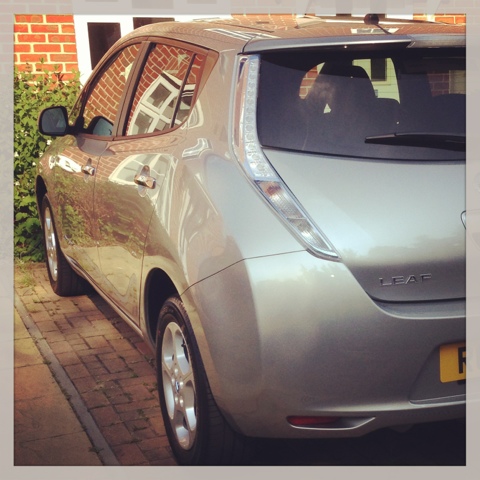